Now that we have covered AFCI and GFCI protection inside a home and why missing these, while very common, should never be a deal killer, lets move to the electrical panel. Today we’re going to discuss one specific type of electrical panel, the infamous Federal Pacific Electrical Panel. There are different types/manufacturers of electrical panels made and installed inside homes. Between the 1950’s and 1980’s Federal Pacific was a very popular brand of panel installed. Fast forward to 2021 and there are still an estimated 25 million Federal Pacific panels being utilized in homes today. It is very easy to determine if a Federal Pacific panel is present due to its red colored breakers and large black or white numbering indicating the amperage rating of the breaker.  A Federal Pacific Electrical panel, commonly referred to as a FPE panel, operates breakers which malfunction and stay on or jam and can possibly start a fire. In addition, FPE panels also can continue to send electricity through them when the breakers are in the off position, thus resulting in electrocutions. Therefore, homes with a FPE panel are difficult to obtain home insurance.  Now let’s talk about what it means for the homeowner, and why it’s NOT something to panic about and why you SHOULD still buy that dream house of yours even if it needs a panel replacement. 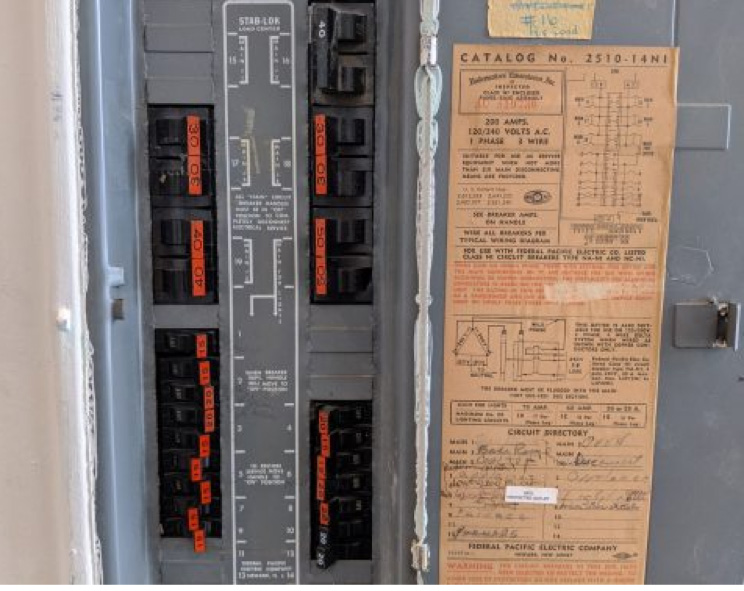 Federal Pacific Electrical Panel: What does it means for the homeowner?

As annoying as it might be, sometimes you lose electricity in certain areas of your home. The breaker sending electricity to this area decided to trip and shut power off. Maybe it is the hair blower in the bathroom plugged in with the curling iron and grandmas space heater on the floor that causes it to trip. Or maybe it’s the classic, stick a fork in an outlet, every 3-year-old attempts at least once before a HUGE life lesson occurs. Sometimes it could be as simple as a loose connection somewhere along the line which causes an electrical spark, thus heat is detected, resulting in a tripped breaker for safety purposes. Whatever it is, 99%, of the time when a breaker trips, it is for a good reason. A big fat SAFETY reason. The problem with FPE Panels is when these sorts of instances occur, the breakers often malfunction and remain on, continuously sending power to these areas when its unsafe to do so. Also, when you want to remove power from a certain area of the home for whatever reason, if you go to the panel and flip the breaker to the off position, in a FPE panel, it is likely power is still running to that location. If that does not sound like a recipe for disaster than I’m not sure what does. As a result, every competent home inspector who identifies a FPE panel at a property, will report its presence in his/her report and recommend full replacement or at the very least, full evaluation by an electrical contractor. 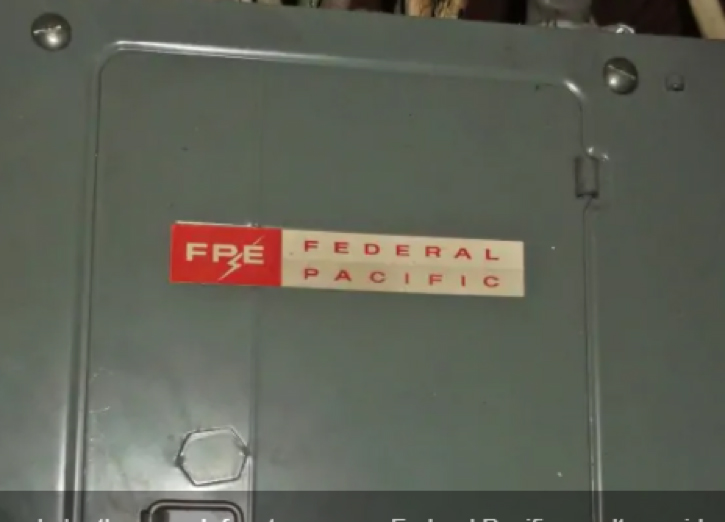 Federal Pacific Electrical Panel: Why it is not something to Panic about and why you SHOULD still move forward with your purchase.

Most electricians recommend a new electrical panel be installed every 20-30 years to keep up with current safety and technological advances. So even if FPE panels were 100% safe, which they are obviously not, it is still a good idea to update the system. If you absolutely fall in love with a certain home that has a FPE Panel installed, do not decide against purchasing the home just because of the panel. Replacing the panel will make your dream home just as safe as any other home of the same age. It is highly likely the seller of the home already knows of the dangers associated with these panels and may have already taken into account the possible concession of a full panel replacement. Most sellers don’t want to sell a home that is unsafe and your realtor should talk to them. On average, a typical panel replacement should cost no more than $2000 by a qualified electrical contractor.

Infrared Camera Inspections – How they are simply Amazing. Scroll to top